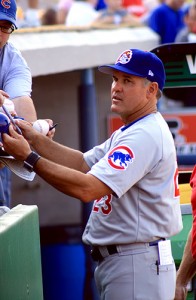 Okay I’m sorry for the “The Wall” reference.

Ryne Sandberg is back at the beginning, literally. The Phillies signed the Hall of Fame second baseman as the manager of the Lehigh Valley IronPigs. Sandberg, a prospect when he left the Phils, is now back in the Phillies organization, grooming himself to probably be the next manager of the Phillies (face it, Chollie is getting old).

But this is exceptional news. Sandberg wants to be a major league manager and what better place to learn than in Philly. In the CSN article, Sandberg said he is excited to be heading back to Clearwater, FL for the first time since 1981.

So yes, Ryne: This is in fact where you came in.