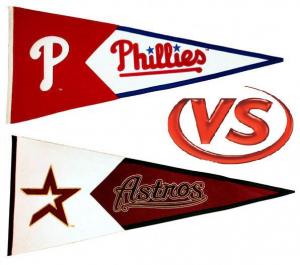 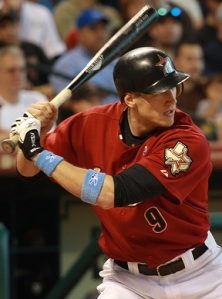 Player to Watch – Hunter Pence: Pence is arguably one of the most underrated players in the game and is the best player on this Astros team. He does it all. He hits home runs and average. He even stole 18 bases last season proving that he has some speed. He has hit exactly 25 home runs a season in each of the past three seasons and his RBI totals continue to increase every year. He’s a very dangerous hitter that guys like Halladay and Lee will need to watch out for especially when Michael Bourn is occupying a base.

Overview: The 2011 baseball season is finally here. Amidst a ration of injuries, the Phillies remain one of the favorites to make it to the World Series. They start off their quest at home where they will host the Houston Astros. 2010 National League Cy Young winner Roy Halladay will take to the mound for the Phillies.

It will be interesting to see how the lineup does in their first official game. For the first time in years, Jimmy Rollins will not be leading off. He will be batting third while Shane Victorino will be batting leadoff. I think this gives the Phillies more power with Rollins in the three hole. Victorino will have to be more patient than he has been in the past. He will have to take more pitches and make sure he gets on base.

Ben Francisco is also a player to keep an eye on. He tore up the Grapefruit League hitting .361 with five home runs and 14 RBIs. He will need to drive in a significant amount of runs this season if the Phillies are going to be successful. One thing I’d like to see from him is hitting off-speed pitches better than in previous years. Francisco can destroy a fastball but he needs to be a more consistent hitter against the off-speed stuff. This is his chance to step out of the bench role just as Jayson Werth did during the 2008 campaign.

The start of the regular season is very easy for the Phillies as they open up with the Astros then host the Mets at home. Opening Day will bring an opportunity for Brett Myers to “stick it” to his old club. That remains to be seen. The pitching matchups clearly favor the Phillies as they will be sending Halladay, Lee, and Oswalt to the hill against subpar competition. This series should end with many runs being scored for the home team and Doc likely won’t disappoint the Philly faithful on Opening Day.